We all live downstream. Osteoblast
rings are an enormous thing. Have you
ever seen inside the heart? If you have, you have entered
a forest. Ventricles abound. Now lie down on its floor.
Looking up is the miasma of trees; leucocytes
scan the scene – can you believe it? You are watching your chest –
I am here thinking it is a man’s, the men I love
that is the you in this poem and you are under
the parasoling canopy. Parasols are protectors: that is me.
And past the chest is the plasma TV. And I am
watching Micheline on America’s Got Talent, she
is the younger sister of my puppy love, assistant to the magician
Antonio, a man with Zappa zombie raging hair. And fire. And blood.
The zapper instructs us on. Down another
chamber, the dolphins are hemorrhaging from Corexit.
What has fallen is vexed –
foul fruit has fallen from the tree, mutinous breadfruit. Beaches are aflame.
The workers are pleading, I mean bleeding.
Is this why my left brain hurts? The headache, I think, is fallout or pollen or waves.
And the water children build sandcastles, moats retort an invisible oil,
the solvent explodes. So what if I am angry, will this solve it?
At Squaw Valley, that name, poets write about birds drenched in crude,
but we don’t want to say it. This is true: E – co-tro -city.
It feels weird to admit. To write it. I flip
back to Micheline. Everyone is so grateful
and loving, having their American dream. But BP is just
over there, the crab making every attempt to save
his house, a charcoaled shell. His moonmother was made for fish.
The gusher is now a leak shooting ink. The white man
with feathered trim croons the Reverend. Michael Grimm, the kind
with the two m’s, goes on singing. Even Al Green can’t clean
this. The heart pulsates. The molar undulates, is a mountain
made for cannibalism. This ends the show,
I mean home, I mean –What has happened?
Damn you, you hellmouth, this was supposed to be
a love poem.

I wrote this poem in July at Squaw Valley Poetry Community of Writers, to me a heightened place of eco-poetries. I was thinking of that day’s teacher Dean Young – his influence and his ability to contain constellations in his writing – while watching television in my quarters. As I marveled at how closely programmed the dying earth could be with a hope-blow-out of a talent show, a projective notion came forth – to channel is to make a poem an organism, an artifact of our consciousness at the time.
In workshop, Dean calmly defended Channel when it was described “a rant,” suggesting that control marks and holds the emotion. I was, in fact, so aware of the amoebas of music released in the poems’ making, pushing the words toward mycorestoration because BP wouldn’t, at the same time needling in scorching disharmony of anti-accountability. I was trying, then, to take responsibility at least for language, dispersing the pollutant of imprisoning dark emotions by forcefully accepting poetic taxonomies. Instead of running from the evolving families of “political’ poetry, I found, then, that to admit the heart-driven is a way to allow the few remaining rights waters have guide the poem. 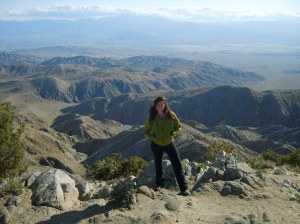 Katherine Factor was born near the Mississippi but now lives in the San Jacinto mountains. She has work forthcoming in Quarterly West and the Colorado Review.

5 thoughts on “CHANNEL by Katherine Factor”