Rain had fallen all morning

before an orb of yellow sun
drew sheer gray curtains back,
peeked to the left of a mountain:

lone, purple, tree-covered pyramid.
Fog then plunged to the valley
like a sky-diver from a plane,

nix a complete double rainbow.
The rain left a puddle by the porch.
A dog drank from the puddle,

then watered a bush—
leg high. Drained, the dog left, ran
to the corner store, where a man

carried a jug of juice—
mostly water. The dog frightened
the man, and he dropped the jug.

April has its meaning in water—
in the showers that fall
in anticipation, in the colors that

There is a town in the valley,
and a bird built her nest nearby—

in the rocky outcrop
on the river near the waterfall.
The wind blows fiercely there
before a late spring storm,
like it did that fiery night.

The sound of the falls is deafening
beneath twigs and eggs.
And below the waterfall, the river:
Spraying, thrumming, rapid-making.
In the evening’s coolness,

the male bird flies into shadows,
lands near his mate, sitting on eggs.
He strikes a pose,
cocks his head a bit to the left,
puffs himself to twice his size—
proud as a white-tailed jackrabbit
camouflaged by snow.

Persimmon-red
blazed a starry sky
until charred-regret crumbled
on the hill-slope by the lake in the valley.

Molecules of energy still thrive
in the echo of the tall tree
that burned in the wild fire.

Their lips left eating
to perform certain well-known acts
on the picnic-blanket.

They harmonized, danced the jitterbug.

So why deny
there is a song going wild
below the quaint, country church
in a village called Love-Bells,

where a fire in the valley
left only a tree-seed
to populate the future?

I watch the Atlantic deposit her refuse.
You are a speck, she seemed to say.
Why even the beach
succumbs to my powers.

Her churning pounds an innocent shore
unaware there’s any question.
The people fail to look for an answer,
crayola their shame, mark after mark.

The land and water are teeming with life.
Brownish grass looks lifeless and barren,
and some speak of heaven
as though we’ve all finished breakfast.

The people whose boats are tossed
tumble on furling waves in the salty water
and fail to consider that tomorrow
the sea might be calm.

The essential oil of forgiveness stands tall
between us and the deeds we have done.
All we see is shadow, knowing the sun alone
fails to grace the salt and the darkness.

What good is confession that does not
help the earth-bound?
Where is the honor,
if our dying die, swirl-brained,
with the state of their souls on frozen faces?

Our living pose with their feet in the air.

And still I walk on the sand,
collect broken shells, weathered rocks,

let salt water wash my feet.
I find a golden coin lost by a pirate, 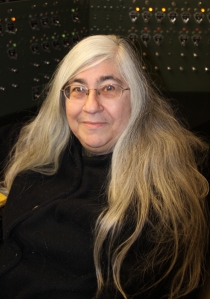