or, they did all gather
in the Black Gulf
and had their hearts weighed out
on scales:
there was no heaven
but a kind of working out of/

and the Saxon said,
I was blessed with a certain wit
and the sea turtle said,
After I died I trudged
upon the sand
and the judge said,
Was it not I who was given
this position?
and the white ibis said,
No being can predict the outcome
living or dead,

in the Black Gulf?

STATEMENT
Poetry is firstly an aesthetic medium.  At the same time, pretty much every form of writing is an argument, and language itself is in many ways inherently political — the ways that it can manipulate or be manipulated.  Or: the language that you have no choice but to speak, or the language that you choose to speak if you are lucky enough to have that option (as many languages as possible!).  Also, the dialects within a language, and then even the individual’s own way of talking beyond any recognized category.

Language is also inextricably tied to, part of, the world, formed by it, by human interaction and society.  I’m not saying anything new here, of course.

But let me say (agree) that a dolphin is also a sentient being, a person.  We know that dolphins too have language.  They probably even have their own poetry, their own poets. 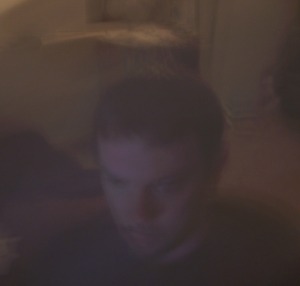 Michael S. Begnal is the author of three collections: Ancestor Worship (Salmon Poetry, 2007), Mercury, the Dime (Six Gallery Press, 2005), and The Lakes of Coma (Six Gallery Press, 2003).  His work has also appeared in journals and anthologies such as Notre Dame Review, BlazeVOX, Poetry Ireland Review, Shearsman, and Avant-Post: The Avant-Garde under “Post-” Conditions (Litteraria Pragensia, 2006).  He is editor of Honeysuckle, Honeyjuice: A Tribute to James Liddy (Arlen House, 2006). Begnal’s next collection, Future Blues, is forthcoming from Salmon Poetry in 2011.  He teaches at Duquesne University, and his blog is at http://www.mikebegnal.blogspot.com