PATIANN ROGERS COMES TO MIND DURING AN OIL SPILL

I thank the distinct edges
Of the six spined spider crab for their peculiarities
And praise the freshwater eel for its graces. — Patiann Rogers

If I knew as much science as you, Patiann
knew migratory patterns, mating rituals, feeding behavior
of those creatures engulfed in sludge
they’d be in this poem. Would that help
those with feathers fouled by crude
those whose webbed feet can’t swim
those with gaping mouths—dead on the beach?

If I had your Audubon eye—to describe how the least tern
sits on her eggs, how the pelican makes her nest—
could we protect the hatchlings? Could we rescue
the oil clogged sea turtle, the soiled gull
the meandering crab dodging balls of tar, with poems?

Me? I get visions, and their unbearable
music—there’s a dragon fly with oil
weighted wings, there’s a blackened egret…

If we could create an amulet, Patiann
of feather and fin, of marsh grass and the mystical measures
of dolphin song, could we bring back the deep sea roe?

Lailah, the Angel of Conception…watches
over the unborn child. — Jewish Legend

and drive. I did not send you past moonstone
past glow worm, to ignore the light. I did not touch

the soft spot on your crown, nor seal
my blessing on your upper lip, to be a slave

with oaks. Pay attention—
the frogs have stopped wooing

the oaks been sold down river
Grandmother Spider Brother Rabbit

are losing their worlds. You have ears —
Hear them. You have a heart—feel them

You have two lungs—breathe
I give you the wind

in the grasses. I give you the sight
of Coyote. She’s meandering up

the mountain. Follow her. Perhaps she will throw
your shoe at the moon. Perhaps the moon

will you remember
Me?

I read and write poems to get my bearings in these fragmented and dangerous times. Poetry has the capacity to return us to our senses, to the flow between all the realms—earth, waters, sky; creatures, plants, trees; ancestors, spirits, gods. For me poetry lives this side of magic, close to the realm of casting spells; its origins take us back to shamanic trance, to bardic invocation. My poems are prayers, lamentations, rants, praises. They speak for the frogs and the blue fin tuna. They remember the Great Mother Mysteries and bow to the World Tree.

STATEMENT
I was reading Patiann Rogers when the Gulf spill happened. I took her hand in my imagination and she helped me feel my way into the catastrophe. I believe it is essential that poets speak for the earth and for the oceans; that we work to reawaken the sense of awe, responsibility and kinship for all creation so essential for our survival. 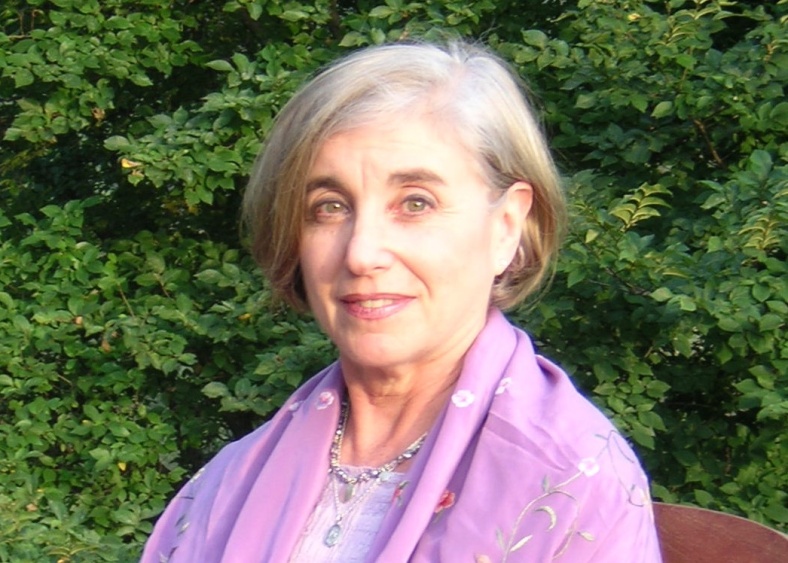 Naomi Lowinsky’s poem “Madelyn Dunham, Passing On” won first prize in the Obama Millennium Contest. Her work has been widely published, most recently in Argestes, Ibbetson Street Press, The Pinch, Poem, Quiddity, Runes, Sierra Nevada Review, Southern Humanities Review, The Spoon River Poetry Review, The Texas Review and in the anthologies After Shocks: The Poetry of Recovery and When the Muse Calls: Poems fpr the Creative Life. My memoir, The Sister from Below: When the Muse Gets Her Way was published last year and my third poetry collection, Adagio & Lamentation, has just come out. She is a Jungian analyst in private practice in Berkeley, CA .