Why We Don’t Have Solar Energy
found poem from Capital

It was partly
the want of streams
with a good fall on them,
partly
battles
of super-abundance
of water
in other respects
that compelled the Dutch
to resort to wind
as a motive power.

The wind-mill itself
they got from Germany,
where its invention
was the origin
of a petty squabble
between
the nobles,
the priests,
and the Emperor,
as to which
of these three
the wind “belonged.”

The World
(after Milosz)

There — where you see a gradual
decline, beside a raggedy field, mostly dirt,
where new apartment houses will soon be built —
children are walking home from school.

Light beats down from a strict, cloudless sky.
The girls cradle their books in their arms.
The boys trudge ahead like little men,
pretending they have no worries.

When the last child reaches
the bottom of the hill,
a low branch of a maple is bobbing.
One of the children, now closer to home,
has torn a leaf from it

to hear the sound the world makes
when we interfere with it.

STATEMENT
Poetry has always been my conversation with the world. I used to do more talking; now I’m trying to do more listening. 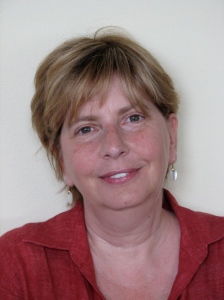 Jan Heller Levi is the author of Once I Gazed at You in Wonder (1999), winner of the Walt Whitman Award, and Skyspeak (Louisiana State University Press 2005). She is also the editor of A Muriel Rukeyser Reader (1994), a consulting editor on the reissued Collected Poems of Muriel Rukeyser (2005), and co-editor, with Sara Miles, of Directed by Desire: The Collected Poems of June Jordan (2005). Levi is a member of the faculty of the MFA program at Hunter College.

One thought on “TWO POEMS by Jan Heller Levi”