Between the already-over and the now-gone, on a corner of the wrecked
downtown, in the Gulfport Pharmacy, my daughter and I spin the black rack—

Broadwater Beach. Biloxi Harbor. Pass Christian where two girls
splash in a Technicolor ocean so blue it burns your eyes.

SS Hurricane Camille, docked at a wooden pier no longer outside.
At The Real Southern Ante-Bellum House, the azaleas

gleam play-doh pink, bunched and bursting off the columned porch.
We spin the rack, and I remember driving to Gulfport with my mother,

beaches my daughter will never see. Harbor, coast, skyline all relic.
Between the gone and the not-recovered, no one

steps out of their house to wave. No porch lights gleam.
Cadaver dogs sniff the dirt. At the edge of downtown, an ancient, twisted oak

lies uprooted, on its side, a sign labeling it Alive.

On the other side of the island. oil rigs once perched like flightless birds.
On the other side, houses are still painted mint green, soft butter yellow.
Houses stuck on crooked pilings, stilts collapsed like broken teeth.

I’m on my way back to the island where I once traveled,
on my twelfth grade field trip, I’m standing on the ferry, leaning
against the rail, not there yet but I remember

how I once easily erased this island, how I sat at my school desk
and with a pink diamond-shaped eraser rubbed
Dauphin Island out.

2.
How we were taught it was

Massacre Island in the days before New Orleans, before
Mobile. Capitol of the Louisiana Territory the island

was crowded with bones, stacks of cracked white piles of ash.
How The Army Corps of Engineers loaned our science class

the barracks for six days. Girls in hip boots we waded
out into the Gulf to fill pneumatic tubes with sediment to study

coastal erosion. How at night that coast was a necklace of lights.
Now sand has over-washed Bienville Boulevard. Now I want to turn back.
3.

Now there is more to copy, to write down. Now stand outside the Ship and Shore and read the island’s story on the bulletin board:

I walk to the west end of the island where a narrow spit of land
dissolves, where our class spooned water to test sediment levels,
collected leaves in plastic specimen bags,

wrote up careful lists of the disappearing: sand shark,
spotted mackerel, on sheets of school loose leaf. The coast,
we learned was eroding at a rate of five miles a year,

and we took in this information, we copied it down,
and we sat on the pier late at night and talked
about the future as if it would always include this coast

How easy it was, then, to smooth that page flat –

STATEMENT
I don’t want to call it a spill. In the same way that others I know from New Orleans don’t want to call Katrina a storm. We don’t want to call Katrina a natural disaster when it was so clearly not. What do we call this new catastrophe? Every year in August my husband and daughters and I drive Highway 90 at the edge of the Gulf coast to remember Katrina. For nearly five years now, I’ve seen it; I know this part of the country is barely recovered from the other disaster. Many of the houses in the towns are gone. Some have been replaced by “Katrina Cottages” propped on cinderblocks, tiny shotguns in pastel colors, mint green, pale pink. The streets are deserted, stores and gas stations shut down, boarded up. Yet people are determined to stay, to rebuild their lives. And what will happen now? 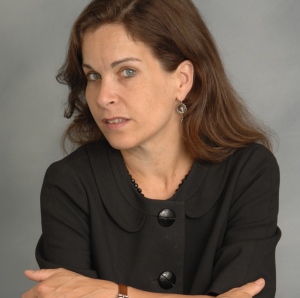 Nicole Cooley grew up in New Orleans. These poems are from her collection, Breach, just published by Louisiana State University Press that focuses on Hurricane Katrina and its aftermath. Her fourth book of poems Milk Dress will appear with Alice James Books this November. She has published two other books of poems and a novel. She directs the new MFA Program in Creative Writing and Literary Translation at Queens College-City University of New York.